Brief History of the Ministry of Foreign Affairs of Belize

Numerous archaeology sites indicate that for hundreds of years Belize was heavily populated by the Maya, whose relatively advanced civilization reached its height between A.D. 250 and 900. Eventually the civilization declined leaving behind small groups whose offspring still exist in Belize contributing positively to the culturally diverse population

The first reference to European settlement in the territory was in 1638. These were later augmented by disbanded British soldiers and sailors after the capture of Jamaica from Spain in 1655. The settlement, whose main activity was logwood cutting (logwood was used in the past to produce dye), had a troubled history during the next 150 years. It was subjected to numerous attacks from neighbouring Spanish settlements (Spain claimed sovereignty over the entire “New World” except for regions in South America assigned to Portugal). 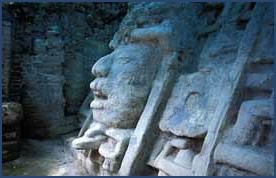 It was not until 1763 that Spain in the Treaty of Paris allowed the British settlers to engage in the logwood industry. The Treaty of Versailles in 1783 reaffirmed those boundaries and logwood concession was extended by the Convention of London in 1786. However, Spanish attacks continued until a decisive victory was won by settlers, with British naval support, in the Battle of St. George’s Caye in 1798. After that, British control over the settlement gradually increased and in 1871 British Honduras was formally declared a British Colony.

From an early date the settlers had governed themselves under a system of primitive democracy by Public Meeting. A set of regulations referred to as Burnaby’s Code was effected in 1765 and this, with some modification, continued until 1840 when an Executive Council was created. 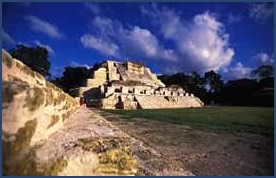 The Crown Colony System of Government was introduced in 1871 and the Legislative Assembly by its own vote was replaced by a nominated Legislative Council with an official majority presided over by the Lieutenant Governor.

An unofficial majority was created in 1892 and this constitution, with minor changes, continued until 1935 when the elective principle was once again introduced on the basis of adult suffrage with a low-income qualification. The administrative connection with Jamaica was severed in 1884, when the title of Lieutenant Governor was changed and a Governor was appointed.

Further constitutional advances came in 1954 with the introduction of Universal Adult Suffrage and an elected majority in the Legislature, the Ministerial System was adopted in 1961 leading up to Self Government in 1964. The country’s name was changed on 1st June, 1973, from British Honduras to Belize.

Independence was achieved on September 21, 1981 and a new independence constitution introduced. Belize was then admitted as a member of the United Nations, the Non-Alligned Movement and the Commonwealth of Nations.